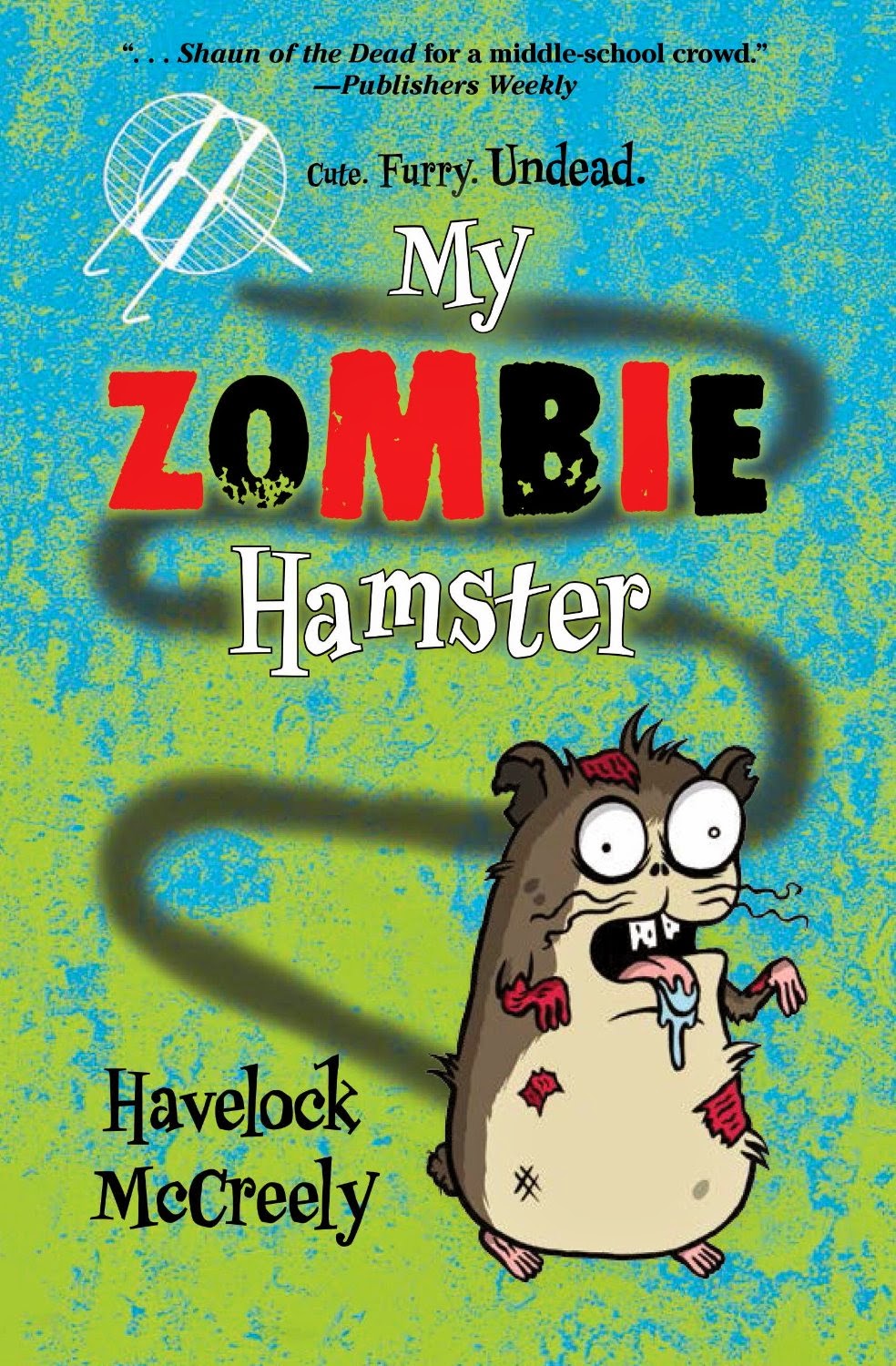 This is a very cute book.  It is a great book for the youngster who has been clamoring for a zombie book but isn't exactly ready for the hard core walking dead Zombie quite yet.  This is a book of friendship and standing up and fighting for what is right.

There are four friends, Matt, Charlie, Aren, and Calvin, and they have been best friends since, well since forever and they loved playing a game called Runespell together.  For Christmas they all asked for the same Runespell thing only Matt's parents got him Snuffles, a hamster instead.  Now, Matt and his friends live in the future and have never know a world with no deadbeats (zombies) or zombie police, kind of like a police force that monitor lifechips and makes sure to come and get you when you chip shows you have died to take you outside the city fence, to live with the other zombies.  Well it seems Matt's dad got a little distracted and bought Matt's hamster, snuffles, from a not so authorized establishment, so when snuffles died the zombie police never came, to Matt's surprise.  Snuffles just turned into Anti-Snuffles with shark like gray dull eyes that looked at Matt very hungry like, but through unseen events made Anti-Snuffles made a quick and not so daring escape, and well, you will have to read the book to see what all the zombie hamster puts Matt and his friends, especially Charlie, and the town through.  But shall I say, Matt and his friends stick together in life and death.  Muwhahaha

Awesome middle grade debut book with some scariness to it, animals, laugh out loud humor, friends, and action what more could you possible want?