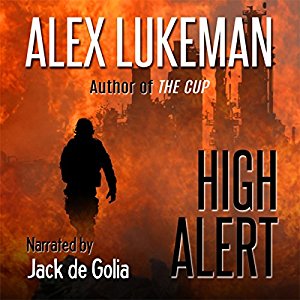 When a madman plans to sends to United States into a nuclear war by sinking one of its subs and laying blame on another country it is The Project that sees through it, and is tasked with going after the real madman and stopping him before he causes other countries to launch their nukes, but will Nick and the team make it in time?
This is another non stop action, suspense filled, twist around every corner book by Alex Lukeman.  I love his story lines and the characters, especially as they have become friends, and I fell instantly in love with the newest member of the team, Freddy, he is awesome.  If you are lucky enough to get the hear the audiobooks of these wonderful books than you are in for a real treat with voice actor Jack de Golia lending his voice to the many characters and making each and everyone different, individual, and with their own little swagger to them as well, it is a production not to be missed.
Posted by Trishap at 1:00 AM No comments:

Shift of Shadow and Soul (YA) 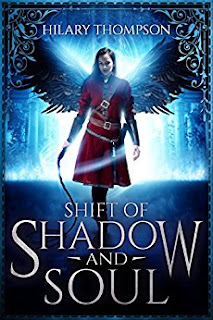 Long ago the Restless King banned all magic in the kingdom, but now with the Generals first son, Syashin, and a girl from the isle, named Corentine who both have been born with shifter magic, is it time for the people to rise and take back their kingdom from the ruthless King or should they wait and join their magic for a powerful next generation?
This book is so full of suspense, twists and turns, and action all the way until the last page and leave you searching for more in  the  following book as soon as you can get it.  The characters are awesome and you will find yourself right in the middle of the action along with them as they travel, fight and learn about each other and themselves as move toward their final destination.  This is one of those books that once you get started it hooks you and you will stay up way past you bedtime to see what happens to Coren, Sy, and more as they go through their adventures.
Posted by Trishap at 1:00 AM No comments: 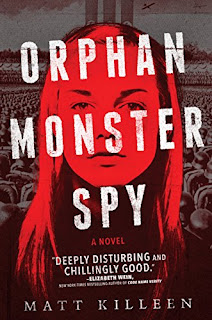 This is the story of little Sarah, the Jew that wasn't a Jew, who became a orphan,  than a spy, but along the way a monster.  If you like this era of books than you will like this one.  At some points you will shake your head and say no way that happened but then you will remember all the things of that era and then you will tell yourself, maybe it could have.  This book is fill with action  and suspense like you would think it should be but there are also twists and turns that you don't see coming, and you'll be like what???  If you like Elizabeth Wein books you will adore this one as well, it is a historical fiction not to be missed if you like this time period.
Posted by Trishap at 1:00 AM No comments:

The Heart Forger (YA) 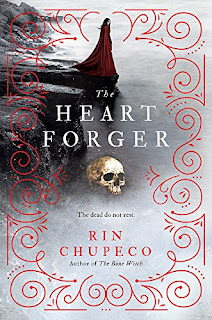 A bone witch like Tea can take a life and return it but they can not kill that which is already dead, and the game she is playing for revenge  one whether she knows it or not, because there is always one stronger or more knowledgeable.
This is a great sequel to the first book The Bone Witch, action packed and even more twists and turns that will through you for more loops, and surprises.  Each subsequent book brings us closer to the true Tea and what brought her to this point in her life, and I can't wait to be able to put all the pieces together at once.
Posted by Trishap at 1:00 AM No comments: 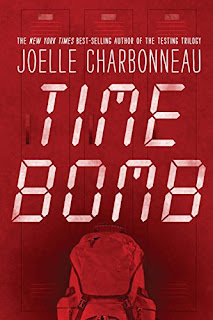 Seven Teens stuck in a high school after a bomb goes off must work together to get out before the rest of the hidden bombs go off and entomb them, but one is responsible for the bombs, they don't know this yet, but what will happen when the do?
This breakfast club of teens stuck together and must help each other in order to get out alive.  I found the book very interesting and a fast read but some of the premise behind the bombing I just couldn't find believable.  The kids I am around if it doesn't benefit them directly they wouldn't go out of their way or be bothered by it.  So I find that for a teen to bomb their school for their father a little unrealistic, especially without his knowledge.  But the book is filled with lots of actions and suspense so it is a pretty good read, and if anything it shows diversity and helps with understanding of several groups you might not otherwise have access too, we always #needdiversebooks. 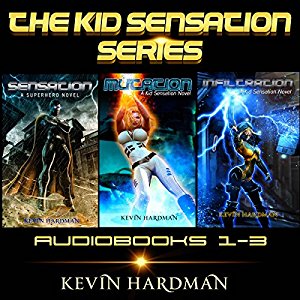 This is a wonderful audiobook series narrated by Mikael Naramore, who does great voices for all of the characters in the Kid Sensation series and really brings that whole world alive for the listeners.   Kevin Hardman's Kid Sensation series is a wonderful, action packed, suspenseful, full of surprises series that is awesome for middle graders and young adults, or anyone that likes superhero stories.  The main character Jim, has it all, smarts, all kinds of super powers, but he is a teenager and thing don't always turn out the way he plans, sometimes that is good sometimes that is bad, it is a learning process even  for superheroes.
Posted by Trishap at 1:00 AM No comments: 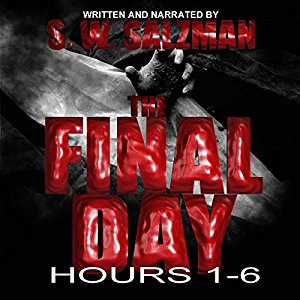 It was a normal day for most everyone until the sirens went off, and then everything changed for almost everyone.  Some died, some got sick, some hid, and well some like Michael we still are not sure what happened to Michael, but we are trying to figure it out.
This book or audio which ever you prefer takes you through the first six hours of this final day.  There is a lot of action, a lot, and suspense, yep there is that as well.  However, you come to be part of Michael's family and care for him and want to see him cured and that it the end of this book hope.  Writer and narrator Salzman weaves a great tale that will lead us on until we see the end because it is that good. 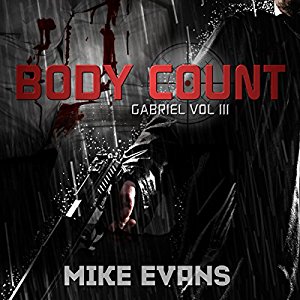 Everything was finally right for Gabriel, until those few seconds that changed everything, everything for so many because of one stupid decision.  One that will need to be repaid.
This was a exciting book so much action and of course you are always rooting for Gabriel and his friends, and the suspense, sometimes I think I could have used a knife on it.  This is a wonderful book and if you are lucky enough to have the audio narrated by Mr. Salzman than you are really in for a treat as he seems to transform you right into the story where you can watch it all happen right up front, Mr. Salzman and Mr. Evans make a awesome team and I am glad they have teamed up in this series, it make for a great experience for us the reader/listener.
Posted by Trishap at 12:05 PM No comments: