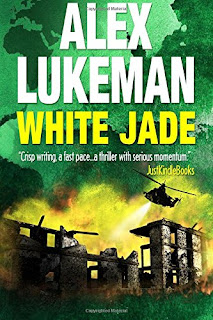 When Selena's Uncle is killed over a very old book very few people in the world can even read.  Selena is one of the those few that can help find the book and help translate it.  For that she is thrown into Project's world.  Project is a covert intelligence unit that reports directly to the President (PONTUS).  This becomes a life and death struggle not only for Selena and her Project partner Nick, but also between the United States and China.
This is a great fast paced action thriller, with secrets, adventure, discovery, traps, and weapons around every corner, or at least most corners.  The author does a awesome job to no trivialize when Nick and Selena are forced to take others lives, and I like that, with some other books with agencies and military authors tend to take a very cold approach.  The characters a very well rounded and balance each other out very well.  The story is also well developed and thought out.  Narrator Jack de Golia is awesome putting his spin on the characters voices and giving the story a heartbeat.  his narration has kept me in my car longer than necessary on many occasions.
This book is only the first of many in the Project Series and I can't wait to get more! 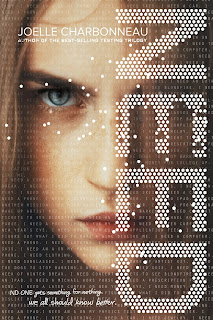 When a new social networking site called NEED is introduced into the towns high school population it spreads like wildfire, even though it is by invitations only and has very strict rules.  But when Kaylee truly asks for a need, things as different for her but she's not sure why, but when things start turning bad for those around her, she wants out.  But at what cost?
This is a really cool book and it is very hard for me to tell you much about it without giving anything away.  So I'm going to say this book is full of friends, frienemies, action, adventure, suspense, and intrigue, and you should be counting the days until it comes out, it is that good! 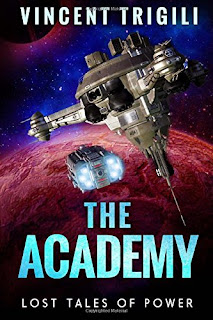 The Academy is the awesome second book to the Lost Tales of Power series, and it picks up several years later.  Master Vydor now has a functioning academy in his own realm and plenty of students applying to be accepted there.  At this point in time there is one in particular, James, applying who if is successful in his first initiate years and becomes a student will change his name to Shadow, he has already served in the Imperial Navy and left with honor, and this book will show how his honor is tested again and again and how he does defending it.
I have fallen in love with this series and others of Trigili's.  I wish it hadn't been such a huge time jump , as I really liked Vydor in the first book and missed his younger ever present self.  But quickly became engrossed with James so all is good.  I also like how war and killing is never trivialized in these books, the good guys do have to kill bad guys , but they have to deal with their emotions about those actions afterwards, and that is the reality of war, not what you usually see in movies and such.  The characters are all so well put together, so complex, but each developing so nicely as the book went on and to hear narrator Jack de Golia do the voices was awesome he is such a great narrator bringing out the heartbeat of the story, he just keeps you on the edge of your seat all the time, he is so great.  If all that isn't enough to hook you the action and suspense thrown in should do it for sure, awesome book, awesome series. 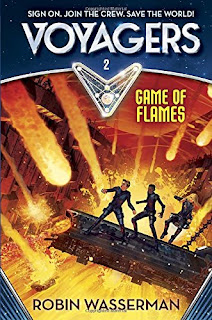 The Alpha crew is back in their second book of the series and they are on their way to collect the second of the elements, Magnus 7, on the planet Meta Prime.  But what they don't know just might hurt them, some things they find out soon enough like the Omega team following them, other things they find out as the book goes along, but hey you should know me by now, no spoilers here, your going to have to read the book to find out all the exciting things that happen to both teams on Meta Prime.
This book keeps up with that awesome action level set by author D.J. McHale in the first Voyagers book Project Alpha and doesn't let up at all.  The character continuity is still working and even Anna might be starting to show a side of maybe she might have made a bad decision, very out of character for her, but a good step.  There are some definite surprises, so this book is not one to be missed by any means as things are really heating up (clue there).  This is a short series of books so you really don't want to miss any of the books or you might be lost in space.  Stay turned, with any luck hopefully, I can keep bringing you more reviews from the rest of the series. 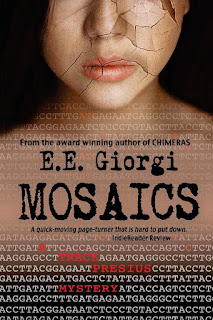 Track is back, and is racing to catch a serial killer before he kills again.  But the odd thing is the killer always leaves behind mosaic tiles at the crime scene, but what do they mean?  And when the same tiles appear in Tracks own yard, he knows he must hurry, or he might become a piece himself.
I love these Track Presius books, E.E.Giorgi's knowledge of police investigation and crime scene processing are some of the best.  She is also a master of suspense, she can start it on page one and carry it all the way through to the end of the book with no problem, and action, come on we are talking about Track here.
I have actually listened to both Track books since they are available on audible, and while narrator D. Joseph Fenaughty has a good voice for the books it is clear he is not from or spent much time in southern California as some of his pronunciations are off (also a medical term or two), but those are easily forgotten about. 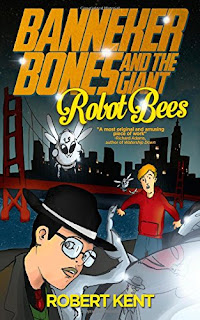 This book was awesome and I truly believe it is David Radtke, the narrator, of the audio version that made it that way for me, as he as really a wonderful narrator.  But hey, the book was pretty great too, so when does the next one come out Mr. Kent?  We are waiting!  Really I can't wait to see how Ellicott, Reggie, and  Banneker are doing now that the giant robot bees excitement has died down, and Reggie is back safe at home after being kidnapped by the bees.  You see while Ellicott and Banneker happen to be cousins, Reggie is Ellicott's only friend in his new school in fact the whole town of Latimer City that is to be Ellicott's home while attending school at the Latimer Universities Archimedes Program were all three attend school.So Ellicott wants his friend back pretty bad, but what is Banneker's motives?
This book is paced well to keep the readers attention with action around every corner, the characters are well thought out and work well together even when they are not always willing.  Overall this is a great book and audiobook for not just middle graders but for all readers.

Enemy of an Enemy ADULT 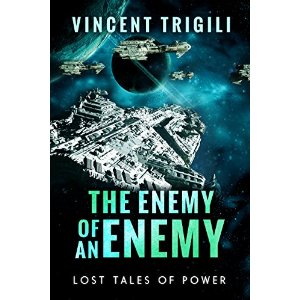 What a great book by author Vincent Trigili!  This is an awesome sci-fi/fantasy/Navy book.  His wonderful plot and great characters kept me riveted to the book and asking for the next, ok the really cool spaceships and the fact that I now want to be a dark knight doesn't hurt.  this book had me hooked from the beginning and kept me up past my bedtime reading until it was finished, since it was also available on audible (cheap if you have the kindle book) I got to keep going on the book while I was in the car, the narrator, Jack de Golia, made the book sound awesome as well, sometime it was hard to choose which I would rather do (most of the time I listened, shhh).  I was also very impress by Tragili's knowledge of the Navy and its workings and customs, he had them down.  Really it is a awesome book and audio all the way around well worth it. 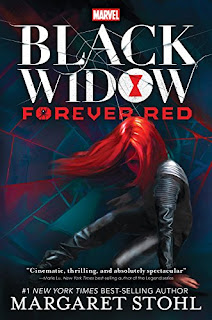 If you love the Avengers by Marvel than this book is for you!  Centered around Black Widow (Natasha Romanoff) this book is so fast paced and action packed it will have you spinning like Iron man flying out of control (by the way Tony Stark does play a roll in this book as well).
Natasha is one of the worlds best assassins, trained since she was a little girl by psychopath teacher, Ivan, in Moscow.  Many years back Natasha was sent to kill Ivan and ended up saving a young girl just like herself, Ava.  Ava looked to Natasha as a big sister, but Natasha not being the sister type turned her back on Ava, which only made Ava very bitter.  But now Ivan is back, and he wants Ava.
This book is awesome!  Everything about this book is great, the writing, the characters, the action, the twists, the story!  I don't want to say to much and give anything good away so you will have to read it for yourself. 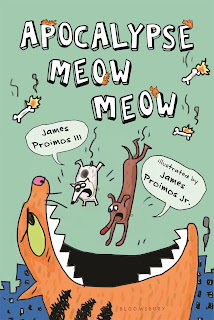 This was a very cute graphic novel and a the second of the series.  Even though it is cute and just a story about some animals trying to survive after a apocalypse there is more to the story if you look for it.  In this book the dogs need to beat the large kitty to win the twonkies all for themselves and their friends.  Can the dogs do it by themselves or will they need some help from their friends?  This really is a good book and all the animals have such great personalities, the way some of them have banded together to survive this dreaded circumstance, especially for house pets.  But I suggest you first read book one Apocalypse Bow Wow as some of the things in this book where a little confusing since I had not read the first one, but you can get the main story ok without the first book, there are just a few things that pop up that are strange without the first book.  Still loved the book and thing you all will too.

We'll Never Be Apart YA 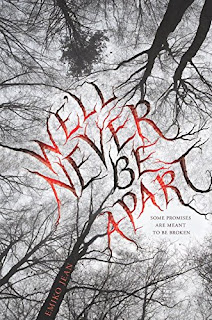 This is a very well thought out psychological thriller for young adults.  Poor Allie is back at Savage Isle mental hospital after her twin Celia set fire to a barn and burns her and kills her boyfriend Jason, after escaping from their first stint at Savage Isle.  Allie and Celia, along with Jason, when he could be assigned to the same foster home, have all had tough lives.  So the first time Allie and Celia get sent to Savage Isle is for robbery, no surprise there, but Jason get sent to detention for almost beating the station clerk to death.
The characters are all incredible and well thought out, there is no way this book would work without giving everything away if it didn't.  The storyline is so awesome and well placed I just don't want to give anything away, so, I am going to stop now and just say read it, you'll love it.