This book is classified as new adult which is a little older than my normal children’s, young adult genre books that I review.  I want my readers to know that up front.


This book was about opening up your heart and seeing what you can find, endangering it so to say.  Emilia opens hers to find she has a crush on her eccentric new boss who wears a mask, but why?  Kasper opens his heart to find he has fallen head over heels for the new maid.  Can this work and how? They both have so many secrets.


This is a modern day beauty and the beast story, although beauty is rescued not kidnapped.  But love comes from the most unexpected places, but can it survive the spying, drinking, fighting, abuse, and secrets?  You will need to read the book to find out.

I liked the book a lot, it had a wonderful fast moving plot.  The characters where well-formed and very strong in their parts and I hope to see some back again to see how their lives turn out.  This book shows people that have all sorts of problems seen and unseen can overcome them and be better useful citizens than those you might say are normal.

I would recommend this book to older teens and up who like romance.  It was a very moving book to see all that Emilia goes through and to hear what she has been through but she keeps picking herself up, dusting herself off, and getting back in there, all to reach her goal of becoming a veterinarian.  I would love to meet her one day and say “you go girl, you ROCK”! 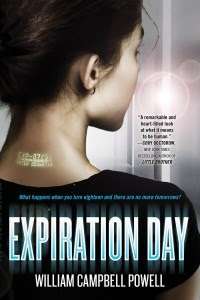 What happens when there are no more tomorrows?
What if you woke up one day to find out everything you thought about yourself was a lie.  Not only are you not even human but you now only have seven years left to exist, because do robots really die?  All because of one stupid accident, that reveals what Tania really is now the clock is running, tick tock.
But the year is 2049 and humans are a rarity, but Tania always thought she was one of those rarities.  Tania had always been aware of the teknoids and wondered who around her might be one.  Teknoids were created when the world’s fertility rate plummeted and riots started.  A company called Oxted figured out that if people had the illusion of raising a child that would help stop the riots.  So they created the near perfect human robots called teknoids to fill this void in people’s lives, but people only get to keep them for eighteen years, maybe, don’t forget to read the fine print.  Than the teknoids have to be returned to Oxted never to be heard from again.
Tania isn’t going for this she wants to stay with her dad, band, and her life.  So she and her dad decide to fight Oxted, can they prove Tania is more human and stay a family or will Oxted win and Tania disappears forever?
This was a great book it moved moderately fast with a great plot it has a sci-fi element of course but it is also a great David versus Goliath story.  There are also a lot of wonderful music references, and good friendship and family.
FOUR STARS
Posted by Trishap at 11:33 AM No comments: