The Secret Identity of Annie Banks (Mondial Book 2) (YA) 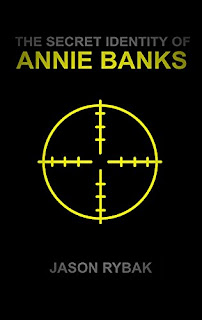 This is the second book in the Mondial series, the first is Atticus Crayle Accidental Spy ,  and it is just as good.   I would put this series in my awesome but unknown books for young adults catagory and that is a shame because I really think teens would like them, and this series is unisex as the girls are in it just as much as the boys so far, they each have their skill set so don't get wrapped up in the books names.  The characters are awesome and the action never stops but watch out for the twists and turns we don't want anyone falling out of their chairs and don't forget your flashlight because you will want to read past your bedtime to see what happens to Annie and her brother Pete. 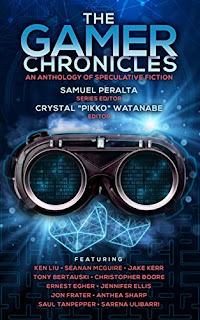 It should be no surprise by now that I am not only a big fan of anything gaming, tech, hacker/jacker, kind of books, but also any Samuel Peralta Chronicles, so put the two together and you know I am right on it.  This particular Chronicle brought eleven authors together under one title, some of my favorites stories are:

Gam3rGurl by  Christopher Boore - Grace's life is falling apart but a chance to go to a all gamers school comes along so she snags it and dives head first into the online world but is it to real?
Game Chat by Ernest Egher - Harry just wants to find a planet where he and his friends can build there own little kingdom in the game world but this person N00BK!LLA68 keeps killing them no matter what they do.  So how do they win against this guy or can they and who is it?
Virtual Hero by Anthea Sharp - Rod is a top ranked raid leader on the servers but actually he is in high school but soon his skills will be tested in real life will he be up for it?
Love, Virtuality, and the Good Kill by SaulTanpepper - Eric pilots a remote ground drone and for extra money his wife decides to beta test a computer holographic game.  Eric noticed how realistic it is and how much she was playing it, but thought it was good for their relationship since he was being deployed for several months.  How good is it really for their relationship?
The Sandbox by Jon Frater - What would you do to get the best and baddest ship in the game you are playing so you can find people to play with?  Would you spend all your money on the best gear, best lootboxes? Steal money when yours run out? From who, your family, work other people?

There are even more authors I didn't mention and they have great stories as well so this is a great time to either read some of your friends work or meet some new authors and maybe find a bunch of new friends, either way I don't think you will be disappointed. 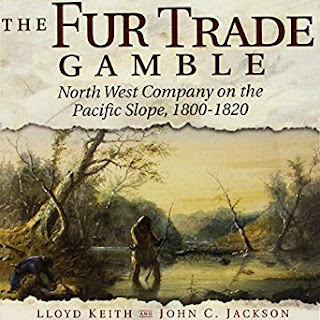 This is a book about the fur trade and how it began in the Pacific Northwest, it holds a very detailed account of this and is interesting when you think of how it was back then with no amenities  and how cold and wet the winters were, not to mention the disease.  This was a interesting book and with narrator Bill Nevitt lending his voice to the audio production it was awesome as I could just lose myself in the world of trappers and Native Americans and be there with them traveling the waterways, I love how audios suck you in like that.  I can't wait to find more by this narrator. 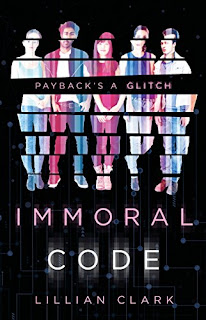 How far would you go to help your friend reach her dreams?  For Nari, San, and Reese there was no question they would give up what they had and go to jail to help Bellamy go to MIT but Keagan he just went along but wasn't to sure about it.  But was the code really that solid?
This book is full of action, and awesome characters that belong together, they can be so different but at the same time the same, it just fits.  The suspense in this book at times you could cut with a knife, so remember to breath, maybe even cheer for the kids they might need it, just remember what getting caught means to everyone, and I think you will love this book if you can handle the code.
Posted by Trishap at 10:14 AM No comments:

Beyond the Cabin (ADULT AUDIO) 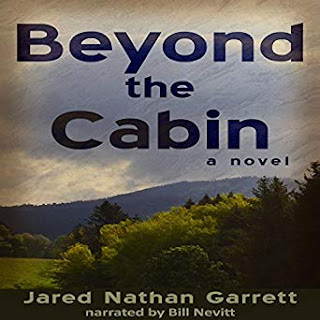 Josh a boy becomes a man because he has to, to protect those he loves from those that are suppose to love them.  But in this cult family that are suppose to be god fearing people, it seems they have lost track of  the importance of what is in front of their face.
This is a well paced book with great characters that are somewhat based on a true story that the author lived through himself.  The twists and turns will keep you reading and cheering Josh and his siblings on as you learn each of their stories that even each of them didn't know and they where living in the same house.  If you are lucky enough to get the audio version narrated by Bill Nevitt than you are in for a treat, as his voice adds just a little bit of something special to the story that will make it unforgettable.  This book is really good but I was sadden to hear the part that the author went through any part of this  but maybe by spreading the word someone really can help one of these children some day.
Posted by Trishap at 8:15 AM No comments: 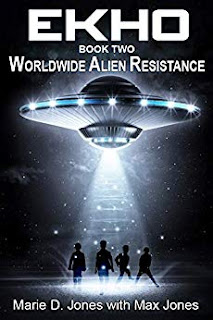 Bullies beware Elvis and the gang are back and they will not tolerate any bullying of anyone in this the sequel to EKHO (Evil Kids Hunting Organization).  This year they even have a guy on the inside a DEKE, one of their agents is defecting, but there is more weirdness going on than just that.  Every time the schools announcement radio comes on the DEKE kids do really strange things than Elvis and his crew find that that the DEKE's have these weird implants that cause voice to skull communication and even more Elvis finds out it is not just his school it is schools all over the world, alien technology.   This is a awesome anti-bullying book without kids knowing it because it adds so much more to it like the aliens.  If you go and read Marie and especially Max Jones story you will see where EKHO started and it is such a awesome story and would be awesome if we did have EKHO chapters in schools. I have been hooked on the EKHO book since I read the first one several years ago by accident and been bugging for another, now that it is finally here it is as good as I expected and will be bugging for book 3 now so watch out world.
Posted by Trishap at 1:00 AM No comments: 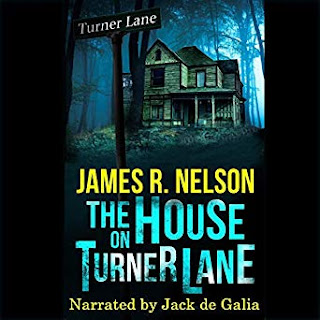 When Olivia goes missing on a hiking trip her sister Rachel has to put the pieces together to find out what happened to her.   Arnold convinced his disabled mom to put two of their empty rooms up for rent to earn them extra cash, and him some extra footage, and who knows what else in the house.  This can be a creepy book and the awesome voices of the character if you have the audio done by the wonderful voice actor Jack de Golia makes it even creeper in parts, he does such a greet job on all of the characters.  But at the heart of the book is a murder mystery that you want to help Rachel with but can't.  This book will keep you on the edge of your seat and rooting for the good guys through all of the action and suspense, and the worst part is you can have a Arnold in your neighborhood and never know it.
Posted by Trishap at 1:00 AM No comments: 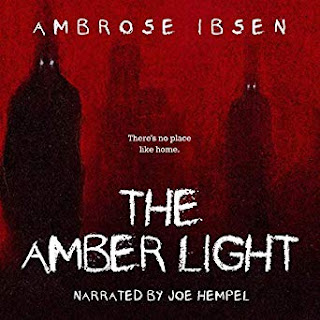 This was a awesome and exciting installment to the series and one made very much better by Narrator Joe Hempel if you are doing the audio version.  Either format is so much fun with this series it reminds me of the old time penny dreadful where the suck you in and you have to wait for the next installment to see what happens to the main characters. These characters are great and work together to bring the story out, while the story  itself has all the twists and turns and actions that will suck you in and not let you go just like the Amber light that is shining to bring you in.
Posted by Trishap at 1:00 AM No comments: 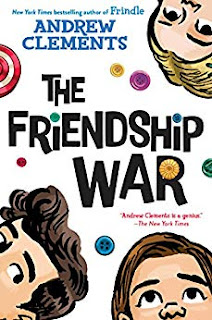 Grace and Ellie have been friends forever and now since the school has been taken over by button fever their friendship has becomes strained, if you will, each wanting to do one better.  Grace has always been in the shadow of Ellie but not this time she wants to shine and Ellie isn't taking it very well, and all because of buttons.  This is a great book on friendship (new and old) and overcoming obstacles, as this book might surprise you at the end.
Posted by Trishap at 11:16 AM No comments: 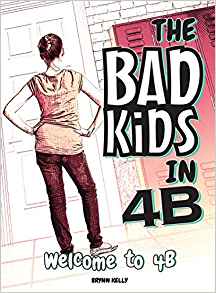 After circumstances send Mila to live with her Aunt far from what she knows, and her friends in the blink of a eye and with out being able to say goodbye, she has a bad week in her new school.  But making her teacher cry was the breaking point, she gets sent to room 4B, but the  kids in there are nothing like her  they are angry and have real problems, Mila is the popular type, she is a cheerleader. She wants out but the principal won't let her, not yet.  She also wants her mom out but the doctors say not yet, will she find the strength and patience to make it through both.  This was a wonderful book for teen reluctant readers or readers who might have issues in their lives too.  This book has the a bit of everything action, drama, and suspense to keep any reader engaged.  The characters are kids taken right out of a high school.  This is a really good book and I can't wait until I can get the next one to see what happens to Mila, her Aunt, her mother, and her friends now.