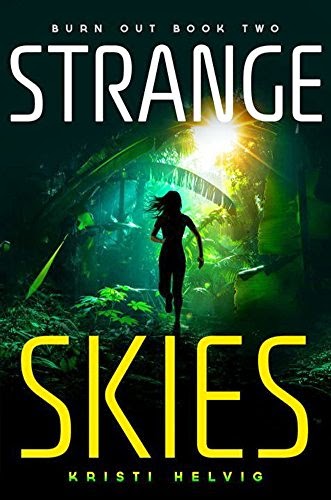 Tora is rescued from the Consulates hold, but not before she finds out her father is also alive and held in their grasp.  Tora and others in the resistance must save him and his weapons before they fall into the Consulates hands and can be used against them and  seal the Consulates reign forever, but are all the people in the resistance there for the right reasons and to help Tora, her father, and her friends?
This is the second book in the Burn Out series, and this one does not disappoint it to is full of action and suspense.  Tora, the main character, is a very strong female that will do what needs to be done but doesn't always agree with the violent way if there are other alternatives available.  All the characters in the book mesh well with each other and show a wide variety of personalities, which can make the resistor camp a very interesting place at times.  But don't get me wrong there is no shortage of fighting, hiding, running, shooting, and a little flying, oh and don't forget with Lucy around there will always be licking. 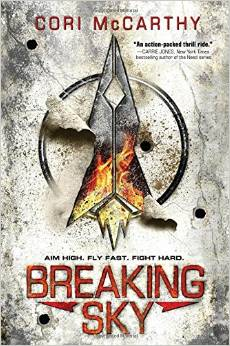 In  2048, a time when women are truly equal in the military, Chase Harcourt, call sign "Nyx", is one of the best, if not the best, young fighter pilot in the United Star Academy.  America is locked in the second cold war.  This time with China, who's drones are the best and fiercest around, there is nothing that can go up against them, or is there?  Chase and another Star Academy pilot are part of a experimental new "Streaker" program.  But all anyone cares about is the Streaker trials, not Chase and what she has to go through to be the best.  But as war comes closer and closer to home, Chase knows there are secrets being kept and when she finds the answers it might cause more people to be hurt than she ever imagined.
This is a high octane, non stop, high-G book!  This is a awesome book that could only be written by someone who has spent time on the inside, which is part of what drew me to this book being a product of the "Top Gun" Navy myself.  I love to read action, young adult , military books, but it is always so much better when the main character is a female, that is just awesome especially now when these jobs are being opened up to women.  Hopefully, this book will inspire someone or at least let girls know they can do these jobs too.  This may be a fiction book but some of the underlining tones run straight and true.
The characters are well rounded and normal, even the invincible "Nyx" has a soft, tender side that you see throughout the book, although she doesn't show it to her fellow cadets.  There is some romance and some breakups, but what co-ed school doesn't?  However, you will find the Streaker pilots and their RIO's have their own group and they mostly stick together like siblings, and if you have ever had a brother or sister you'll understand, they can fight each other all day but no one outside is allowed to fight with you or they will have to go up against the whole family, because they will always have each others 6's.
If you like non stop action, suspense, high flying, dog fighting books, you can't miss out on this one, it is out of this world!  Aim High. Fly. Fight. Win.
5 STARS
"Mongoose"
﻿

Posted by Trishap at 7:03 PM No comments: 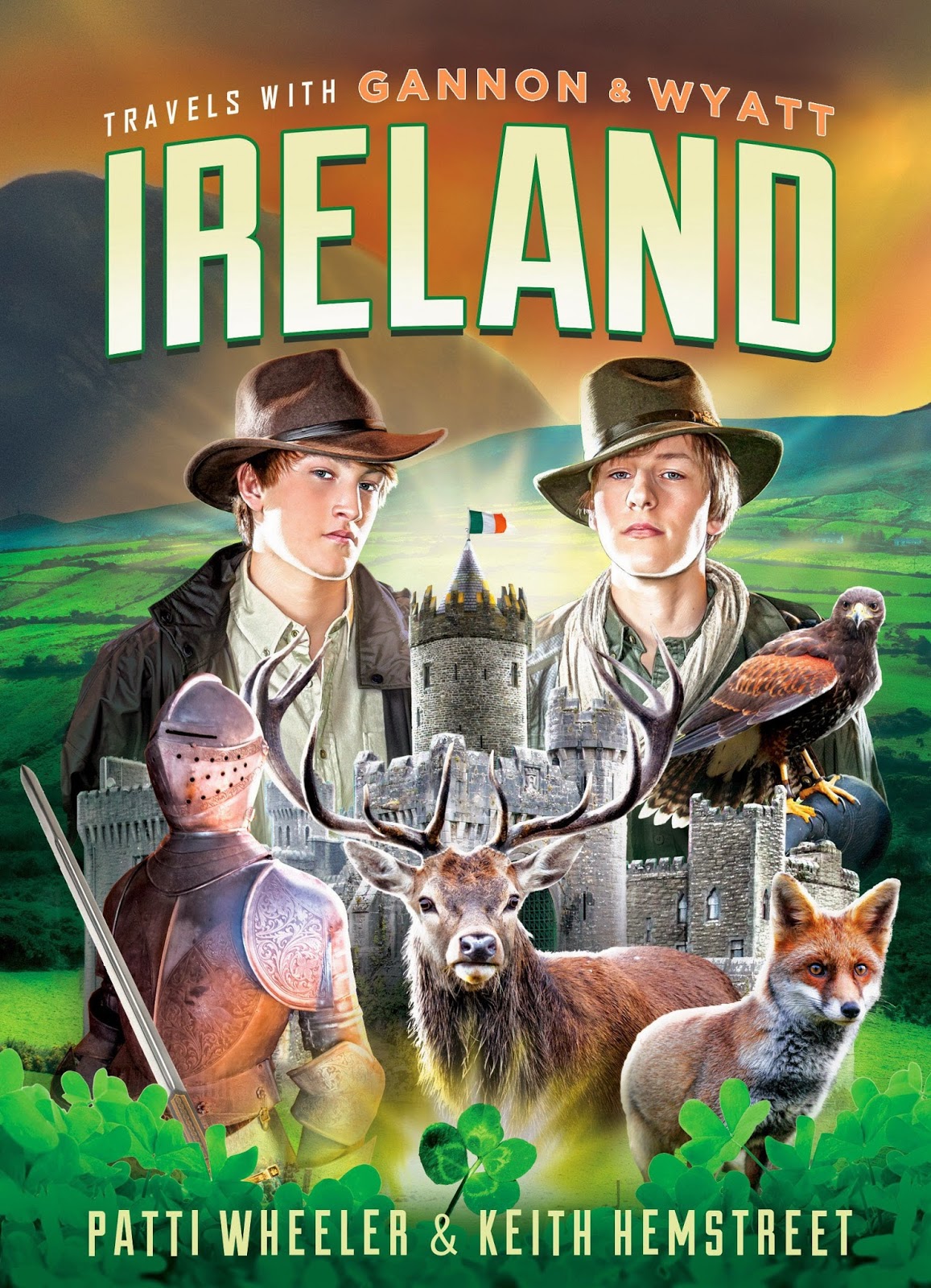 This was a really good book about twins Gannon and Wyatt that get to travel with their parents as their parents jobs (mom: flight attendant and dad: art entrepreneur) allow.  However, they do have to keep a detailed journal and do some kind of volunteer work that will help them get more in touch with their Irish roots.  They choose to work on a farm like their great grandparents use to do before coming to America, but soon find their talents are better used to help to save the 100 year old farm, than spreading manure in the fields.  There is something killing the crops and making the animals sick but can Gannon and Wyatt use all their scientific, wilderness, and gift of gab skills to bring justice and save the farm?
This is a great non stop adventure book! It also mixes a lot of fun facts and pictures about Ireland so there is some secret learning that can be had along the way.  The chapters alternate between the boys, Wyatt the scientist, and Gannon the one more interested in culture, history and humanities, so you get a well rounded look at the subject.  But both boys love travel, and adventure, but trouble seems to follow them everywhere they go.  This book will keep you on your toes with the insane mystery, action, thugs, being lost in the forest, falconry (Oscar is the coolest), and all the great information on Ireland that will make you wish you were there yourself.  The book is awesome for anyone who likes nonstop action, and anyone who is interested in travel to foreign places.  This is a great book and series for any middle grader.

The Adventures of Blue Ocean Bob: A Challenging Job MG 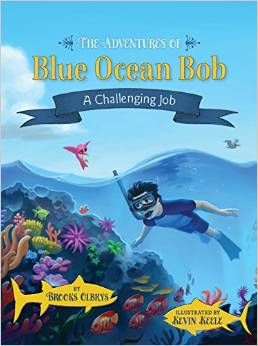 This is a great book for adventurous emerging readers.  Bob is a boy who has taken it upon himself to protect the ocean and the animals in it, however, he knows there is still a lot to learn and that is what he does throughout the book.  You see Bob nervous and unsure about himself and some of the tasks he is ask to do, but he perseveres with the help of his animal friends, and what wonderful advise they give, that can can be awesome for everyone, especially the readers.
Although, Bob's job is a dream for me and every kid out there, the message behind the story is a awesome one and that is what makes this story so appealing to me. But the story is a great one on it's own and will be very appealing to most children, especially those interested in the ocean and ocean animals, there are so wonderful learning facts in the book as well about the animals and the ocean as well as the positive life lessons.  I give this book thumbs up all around as I think all emerging readers or parents reading to their children are going to eat this book and series up. 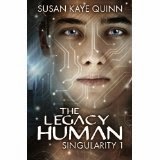 This is a awesome book set in the future where some humans have been ascended and are now immortal and have a higher level of creativity.  Many years ago all humans had the choice to ascend but the world became to overpopulated and the practice had to be stopped, now the only was to ascend is to win a gold medal in the new kind of Olympic games,  and that is what Eli is going to do, not for himself but for his deathly sick mother.  But is he good enough to win?
The characters in this book work so well together, but still come across as normal teens no matter what decade you live in.  However, the details of our future world leads you to believe you are there yourself, living and suffering with them.  There is a little romance, what ya book doesn't have some, but even I could deal with it and it is by no means the focus of the book, so it is OK.  I am not sure exactly what genre you would really fit this book in as it could fit into so many and that is great because so many more people will fall into love with the book and the series.
This book is pure suspense from the start and never lets up.  I am not sure at what point I was totally sucked in as it just kind of happened and it was totally a wonderful thing we had a big snow storm or it would have been hard getting up and going to work as I read way past my bedtime and I didn't even know it.
**Update** I have also had the good fortune to listen to this wonderful book narrated by the awesome Nick Podehl, who has done some of Susan Kaye Quinn's other books and he doesn't let up on this one either it was a wonderful treat.
﻿

Posted by Trishap at 5:30 PM No comments: 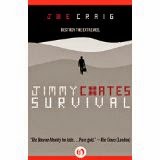 Jimmy Coates is only part human and the rest of him is pure assassin, but that 30 something percent human seems to be winning out, which might not be a good thing for him.  Now he is on the run hiding from those who should be his friends.  Jimmy must also constantly think about his family and best friend, Felix, because the people that want Jimmy aren't very nice and have no problem going after his family to get to him.  However, right now those people think Jimmy is dead, after he blew up a huge oil rig.  Unfortunately, that act has brought England and France to the brink of war and Jimmy feels responsible, so he is thinking of turning himself in, but that may cause more problems.  Jimmy must try and find a way to turn himself in without causing a full on international incident, keeping his family safe, and not being killed himself in the process, that is a lot to take on for a only being a twelve year old boy. Also, there are two more tweens that are genetically modified to be assassins and each works for a different country.  Mitchell works for England's NJ7, and Zafi works for the French, will their small human sides also change them as well?
This book pulls some massive G's on you all the way through, it has so much action and suspense your head will buzz.  If you like Alex Rider or the CHERUB series, this is the series for you!  Survival is the 5th book in the Jimmy Coates series and I can't wait to go back and catch up to see what I have missed.  This was a great book and I think any tween or teen who likes thing like the Bourne Identity series would like this as well.  If you can stand the non stop action, and the oh my gosh I have to read one more chapter, than one more, than one more, you will love this book.
5 STARS ﻿