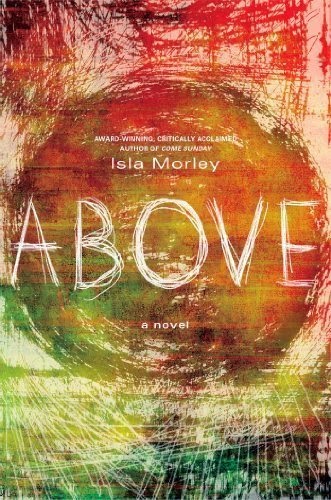 Wow, what a creepy book, Young adults and adults alike are going to eat this book up.  Blythe is kidnapped by Dobbs (a worker form her high school library) when she is walking home from a town celebration, and placed in a abandoned missile silo that Dobbs has remodeled.  Dobbs is a prepper and is convinced the end is near and wants Blythe to help him to repopulate the world.  No matter how much Blythe tries, she can not escape the silo.  In time she has a son, Adam, and it is not until Adam is 15 and confronts Dobbs about going outside on a mission with him so he, Adam, can finally see the outside for the first time, that a fight ensues and Blythe and Adam escape.  To Blythe's surprise the world is not as she left it, of course it has been 17 years, but that does not explain what Blythe and Adam are seeing.
This was a cool book with lots of twists and surprises around every page turn.  I'm not entirely sure when this book was set, in my mind it seemed to change back and forth as things were said and done.  The only draw back was the transition between part 1 and part 2 was kind of abrupt but not to bad.  I loved the twist and the things that I thought were true turned out to not be.  You will just never know what to think until you get to the last page of this book, and even than you might question yourself.