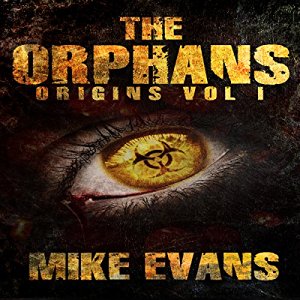 Frank Fox a scientist still broken from loosing his wife eight years ago, he will do anything to save the new love of his life.  So when his lab partner tells him his new prototype drug works, he takes his word for it and uses some on his fiancée, who only has hours left in her fight with bone cancer.  But really, what have the two scientist unleashed?
This is not your typical zombie story - it is way better and really, maybe it could happen.  This is such an awesome start to a action packed series.  Book one Origins is just that, the start, and I can't wait until I can get book two and more.  I had the audio narrated by Jack Wallen Jr. who was awesome!  He made each character come alive with a voice of his or her own, and that really made the book great, I will continue on with the audios.