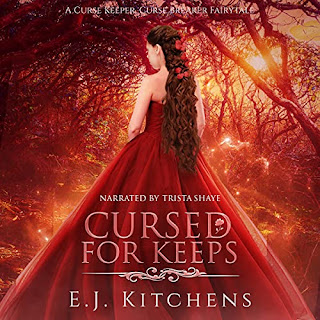 Robert a Duke has a curse, a frog type curse, he starts everyday as a frog until a lady kisses him.  Of course the princess he loves and was going to marry hasn't written him back in a long time.  In Princess Snow's defense she has her own curse issues to deal with and doesn't think she can love anyone else ever again.

This is a book that has combined The Frog Prince and Snow White together for a wicked good time.  The action is non stop and the suspense is thick.  I came in on this the second book and was a bit lost at first, but I don't think that had anything to do with order as I think this is as good a standalone as it is a companion.  I think it was me listening (I had the audio) and getting the characters straight.  The Narrator Trista Shaye does a great job with this book.  I hope you give this book a chance no matter which form you prefer because it really is good and I can't wait for more.