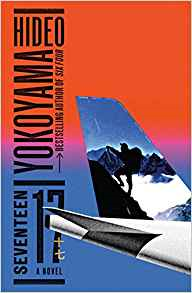 This investigative thriller bounces between two times of seasoned reporter Kazumasa Yuuki life, one time seven days of non stop office politics and power struggles the likes of which we here in the states might not totally understand, just to get the story of his life.  The other time 17 years later, during a trip he is taking to fulfill promises he made during those 7 days to fight some of his own doubts and demons, not to mention to answer some unanswered questions still plaguing him from that earlier date, but will he get everything he needs or wants?
This is a interesting book, full of action, suspense and much Japanese culture.  This was once written in Japanese but has been expertly translated in to English.
Posted by Trishap at 10:29 AM