The Glass Castle (YA) 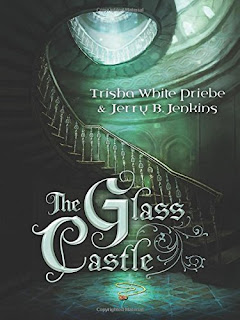 This is a interesting story, a dying king needs a heir to his throne, a woman dead set on marring the king will do ANYTHING to marry him. The king did have a child thirteen years ago by his first wife but was told they both in child birth.  Since than all thirteen year olds in that time frame have been round up and hidden away in the castle walls doing tasks for the castle inhabitants, hoping that some day they can go back to their families.  Until one day a special girl arrives and it all changes.
This is a awesome story it has you rooting for the underdog, but also sometimes you can't believe that people don't know that there aren't people around helping, spying, whatnot.  But when the group of thirteen year olds figure out the big picture, than figure out the prince might be one of them, what are they to do?
This was a really great book, the characters, and the story are well formed, the whole thing is set up for a book 2 , which will hopefully answer some left over questions.  Stay tuned hopefully I get to review that one too.