Seven girls tied by time. Five powers that bind. One curse to lock the horror away. One attic to keep the monsters at bay. ** After the storm of the century rips apart New Orleans, sixteen-year-old Adele Le Moyne wants nothing more than her now silent city to return to normal. But with home resembling a war zone, a parish-wide curfew, and mysterious new faces lurking in the abandoned French Quarter, normalneeds a new definition. As the city murder rate soars, Adele finds herself tangled in a web of magic that weaves back to her own ancestors. Caught in a hurricane of myths and monsters, who can she trust when everyone has a secret and keeping them can mean life or death? Unless . . . you’re immortal. 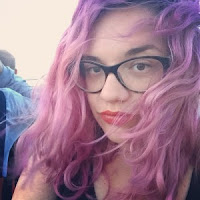 About the Author
﻿
﻿
Alys Arden was raised by the street performers, tea leaf-readers, and glittering drag queens of the New Orleans, French Quarter. She cut her teeth on the streets of New York and has worked all around the world since. She either talks too much or not at all. She obsessively documents things. Her hair ranges from eggplant to cotton-candy-colored. One dreary day in London, while dreaming of running away with the circus, she started writing The Casquette Girls. Her debut novel garnered over one million reads online before being acquired by Skyscape in a two book deal. Rep’d by ICM.