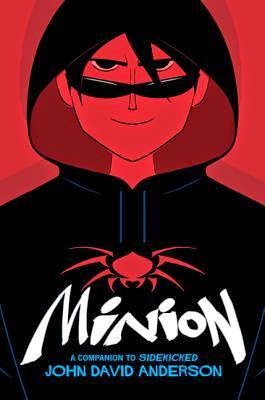 ﻿
What could possibly be worse than being abandon as a baby in a White Castle? Or, being sent to live at the local orphanage that is run by nuns for your first 9 years? Maybe being adopted by a mad, well maybe not mad, but certainly, a scientist, and homeschooled because you aren't allowed to tell anyone about you or your dad or the fact that you can look people in the eyes and make them do pretty much anything you want them to do, but which also means you really don't have any friends.  Yeah, I would pick would pick the last one too.  Michael's dad makes boxes, special little black boxes that do things like create a force field around the person with the box, or turn off all surveillance cameras in the area, and he sells these boxes to the mob for great sums of money.  Right now Michael's dad is trying to make a box that will boost Michaels suggestive powers, but is that what he is really spending time in the basement making?  But when a new criminal comes to New Liberty, The Dictator, and puts a crimp in the mob bosses styles they, Tony Romano and Mickey "6 Fingers",  join together along with Michael to defeat The Dictator and save Michael's father.  But along with The Dictator, New Liberty has also gained a super, The Comet, but where is he when New Liberty needs him most?  Oh and what about Zach the human hedgehog, and Viola, the girl not the instrument? You will have to read the book yourself to find out all the exciting details.
﻿
This is a awesome book for middle graders, Mr. Anderson captures the tween set well from the awkwardness of looking for girls at the mall, to what to say to them once you do actually meet and have to speak to one another.  Even the awkward chance run ins and time spent with Viola.  He even has the basic hanging out and tween friend structure between Michael and Zach spot on, chest bump on that.  Also the part where Michael helps the boy get the hundred something dollar hi-tops shows his bond with others his own age, kind of a knuckle bump when he is through, not to mention his fascination with the latest and greatest tennis shoes is so tween/teen.  But when Michael feels betrayed by his father and says, "not technically his son but still his minion", Michael still fought for his dad, because maybe technically he might not have been biologically his father, he has been the one who has been there for him the last several years teaching him, loving him, understanding him, being his dad.  That part was so awesome and the rest to come that you just need to applaud the relationship he built between the two in such a short time.
This is not a sequel to Mr. Anderson's book Sidekicked, but just as good and just as powerful.  So there is no reason to read them in order, but if you like one you will definitely love the other.
5 STARS 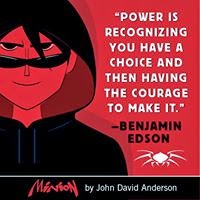 John David Anderson, author of the acclaimed Sidekicked, has written another story set in a world where superheroes and supervillains are everywhere but where the line between right and wrong, good and evil, is no less elusive. 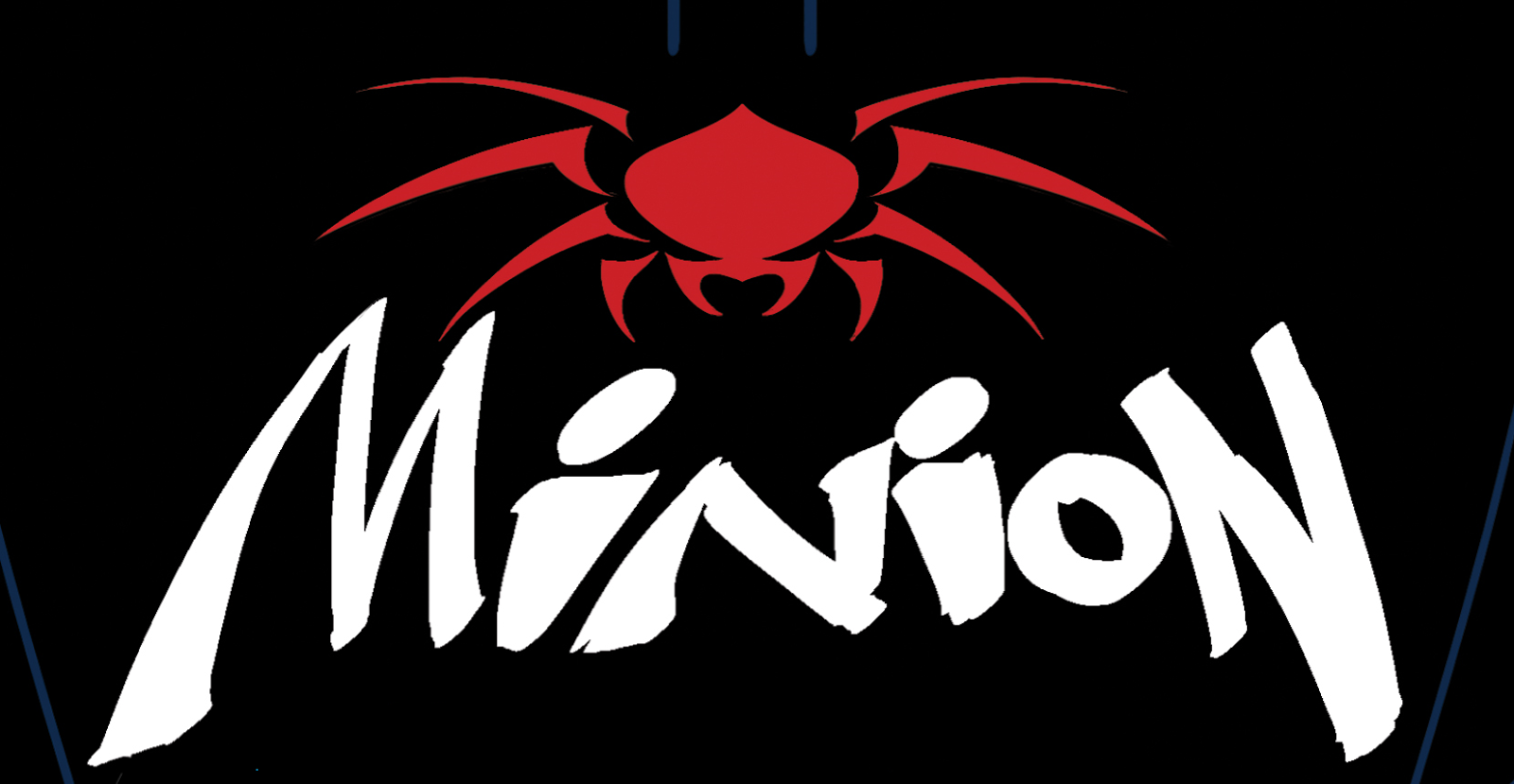 ﻿
Michael Morn might be a villain, but he's really not a bad guy. When you live in New Liberty, known as the City without a Super, there are only two kinds of people: those who turn to crime and those who suffer. Michael and his adoptive father spend their days building boxes-special devices with mysterious abilities-which they sell to the mob at a price. With Michael's "gift" and his dad's ingenuity, they find a way to get by. They provide for each other, they look out for each other, and they'd never betray each other. In a city torn apart by the divide between the rich and the poor, the moral and the immoral, this is as much of a family as Michael could ever hope for.

But then a Super comes to town, a mysterious blue streak in the sky known only as the Comet, and Michael's world is thrown into disarray. The Comet could destroy everything Michael and his dad have built, the safe and secure life they've made for themselves. And now Michael and his father face a choice: to hold tight to their life or to let it unravel.﻿
Posted by Trishap at 1:21 PM