Ren: The Man Behind the Moster (Adult Audio) 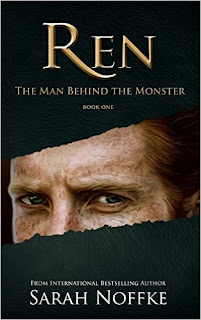 This is a book on its own plane, I truly do not think I have read/listened to a book like it before.
Ren is a dreamwalker, and not just any dreamwalker but a very powerful, pompous, self-centered dreamwalker.  Sometimes almost monstrous, but with his mothers half human side his feelings, even though Ren would have you think he has none, do show through, and for the most part he does so the right thing in the end.
This is my first book (audiobook) by Sarah Noffke and it was great.  All the characters were well defined and put together in a way everyone can relate too.  The story line was awesome and action packed, it left me wanting more, and evidentially that is not a problem as it seems there are several more books in the series, so I can see where this takes Ren and the others.  Even though I have no idea what will happen I do know it will be a wild ride.
What can I say about narrator Tim Campbell except he will be Ren for me now.  He played the part so well I just don't think anyone else could ever do that part justice.  I also enjoyed all the other voices he utilized for the other characters in the book it was wonderful.  I will be sure to look for more books narrated by Mr. Campbell as he sure brought this one to life for me.
So which ever format you choose Ren will be a distinct winner for anyone liking the paranormal fiction genre.