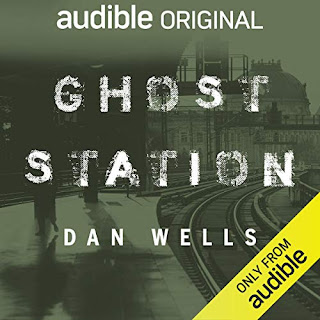 Germany, Berlin 1961 to be exact.  The wall is there and it just closed.  But we are going to follow one CIA cryptographer, Wally Reed.  Reed is the one decoding the messages from a operative called Longshore, but when a message is missed its up to Reeds office to find out where and what it is. When Reed and his girlfriend (who works in his office) figure out where the message is they go to get it, across the closed wall.  Once they  get the message they end up separated with Reed on the run on the wrong side of the wall.
This book is filled with espionage, spies, and lots of codes.  The book is action packed and has so much suspense it will have you on the edge of your seat.  The narrator Jonathan Davis brings this story to life and puts you right in the middle, next to Reed.  This is a wonderful book that brings that time period to the forefront and lets you see it through the eyes of people that where there when it happened what they were able to do about it.
Posted by Trishap at 1:00 AM