Goodreads: https://www.goodreads.com/book/show/17335483-lunar-passing
As if in slow motion, the world spun. The front fender of the truck slammed into us from behind, and everything lurched forward. Bags, arms, clothes, sailed by my head. The muffled sound of screams were lost somewhere in a tumultuous roar as the van hit a pothole, and we began to roll. Cold metal crushed in on me, and the splintering sound of gunshots echoed in my ears…

Several months had passed since the murders in the old farmhouse and secrets had been revealed. Too bad a cover up in this day and age, hadn’t been exactly so easy. 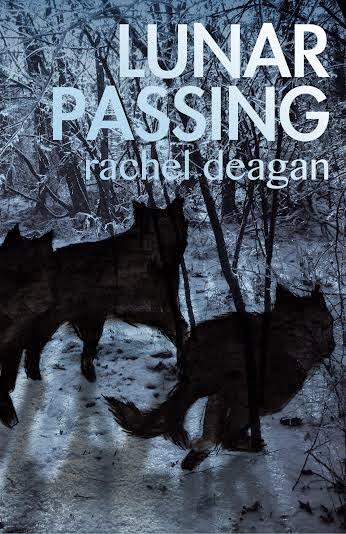 Charlotte attacked by dogs at such a young age she doesn't even remember it, all she knows now is what her parents have told her, the scar she carries, her fear of dogs, and the odd feeling she is being watched.  But it's not until her family moves to a new town and she meets a very mysterious, and handsome boy named Liam that parts of the puzzle start to come together, Liam and his friends would defend Charlotte to the death, but from who?  Would Aaron, Liam's brother hurt Charlotte just to get back at Liam, or are there strangers about?
This book was GREAT!!! It was action packed through and through, it did not allow you to go to  sleep without finishing the book first.  The characters were very well constructed and believable, they could be any group of teens from any local high school with one big exception.  This book was written so well I was totally lost in the story myself, it was wonderful, I can't wait to read Lunar Passing (book 2 in the series) to see what happens next. 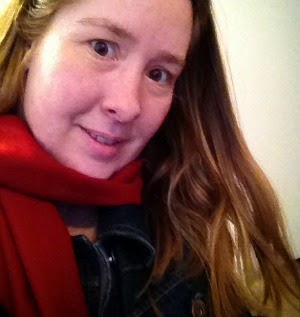 Rachel grew up in small town Massachusetts where she spent most of her time writing about strange paranormal creatures instead of paying attention in class. She has always been considered the ‘dreamy’ one with her head in the clouds, but it has all been worth it. Rachel, now, is YA Author of both The Caged Moon Series, and The Prophecy.

Goodreads: https://www.goodreads.com/author/show/5447836.Rachel_Deagan
Website: http://moonlightprose.blogspot.com/
Twitter: @racheldeagan
Facebook: https://www.facebook.com/rachel.deagan
The Giveaway:
2 paperback copies -US only, and 5 e-copies of Lunar Passing by Rachel Deagan
a Rafflecopter giveaway
“What are you doing here?” Aaron asked, standing in the doorway at the side of the room marked Staff Only. I hadn’t heard the main door open behind me, nor had I felt the cold draft of air that would have been pulled in with him. So he was already here, before me. The thought sent goose bumps down my spine. “Liam said for everyone to stay put, so we wouldn’t be seen.”
“I should be asking you the same thing,” I said, trying to front an air of self-confident bravery. “Why are you here then?”
A devious smile rose across his lips. “I don’t take orders from my brother. Apparently, you don’t either. I admire that.”
My stomach felt sick. How could he think that I would ever be on his side about anything, especially in defiance of Liam? “He loves you,” I blurted out, trying to refrain from shaking. I was so upset. “How dare you.”
“Oh, please. Don’t go getting your panties all in a bunch. You really need to learn how to relax.” He shook his head, and closed the staff door behind him. “I was teasing, Charlotte, but that aside, what are you doing out here?”
My wolf wanted to claw and scratch him. He had some nerve. “I don’t need to be telling you anything,” I said, slipping the envelope into my pocket while he closed the staff door behind him.
“Well, good then.” He smiled in a way that made me want to growl. “Then I don’t have to tell you, what I’m doing either.” He winked, moving past me to the main door leading to the curb outside. “We have a truce.”
“Wait,” I said, and he paused, lifting a brow. “What are you talking about? Why were you in the office? That’s staff only.”
“Now, come on, Charlotte. I thought we had a deal.”
“I never agreed to anything, and you don’t exactly have a great track record. Did you do something to the guy who works here? Where is he?”
Aaron shrugged, extending his arms with mocked innocence.
I sighed. “Fine, I was going to mail a letter to my parents to tell them I was okay. I didn’t want them to worry.”
“Thank you,” he said with a smile. “That’s all I wanted to know.” He turned back to the door, swinging it wide. The cool air nipped at my skin, making me shiver.
“Hey,” I said, stomping up to him, “that’s not fair. I told you what I was doing. Now you have to.”
“Why?” he asked with a chuckle. “You really are fun to mess with though,” he teased with a grin. “The look on your face is great.”
God, I hated him. I tried to stay calm.
“Did you do something to the man who works here?” I demanded through my teeth, barely containing the coiling fury building inside me.

He licked his lip and then leaned in close to me, his breath tickling my ear. “I ate him.”